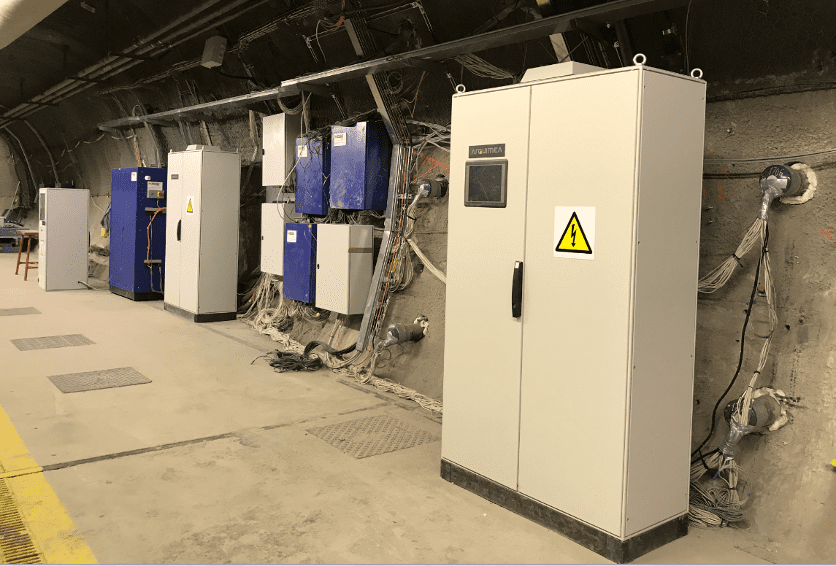 ANDRA is the French Agency responsible for identifying, implementing and granting the safe management and disposal of all the French radioactive waste, in order to protect the present and future generations from the risks inherent in such substances. ANDRA oversees the Cigeo project (Industrial Centre for Geological Disposal) consisting of a deep geological facility aimed for disposing of the highly radioactive long-lived waste. Within this frame, the Underground Laboratory of Bure has been built as an exceptional tool to perform the research activities required to implement Cigeo.

Maquette is a critical experiment performed in Bure Laboratory aiming to determine the threshold of thermal fracking of the host rock where the waste will be disposed. It will get important scientific data that will increase the knowledge of Thermo-Hydro-Mechanics behavior and the modelling capacity of these phenomena.

The experiment is composed by 10 heated boreholes 20 m long and 172 mm of diameter: two boreholes in the center and eight in the periphery. A 10 m long heater has been installed at the bottom of each borehole. The instrumentation is composed by 450 high accuracy thermo-resistances installed in contact with the borehole inner casing surface and 40 thermocouples to monitor inner temperatures at the heaters. The system is completed by six monitoring boreholes, three of them for pressure observations and the other 3 for crack detection using geophones.

Several elements were critical to ensure the success of the project:

ARQUIMEA was contracted to perform every related aspect to the heated boreholes and heating operation of the experiment, that is to say: design, validation, fabrication, installation, operation and maintenance of: 10 heaters, casing and cementation works, control system and temperature instrumentation. Among the aspects to highlight are the following: 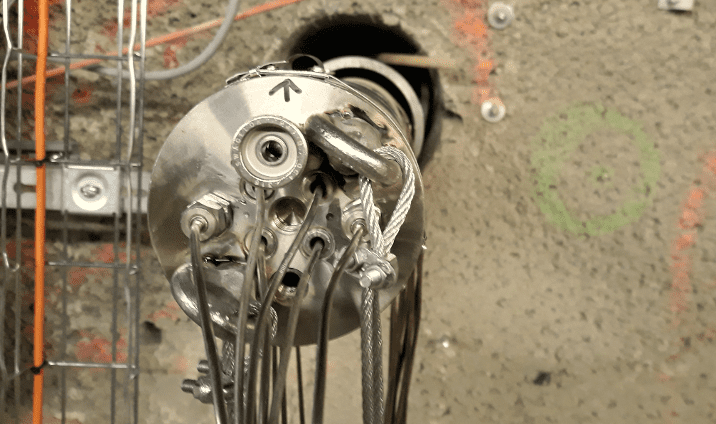 Every subcomponent of the system has been tested and validated by ANDRA before final installation. During installation only one sensor out of 450 was damaged (far above the usual installations of this type).

Two tests have been performed so far. During the first one, performed between June and August 2019, a temperature control strategy was used. The system successfully responded within the specifications of the experiments although no cracking has been observed. A second test, power controlled, was launched on January 2020. This time, observations pointed out that the rock cracking was reached. These observations must be confirmed after the cooling of the rock foreseen for June 2020.

The whole system will be removed and installed again in other location of the laboratory to confirm results. 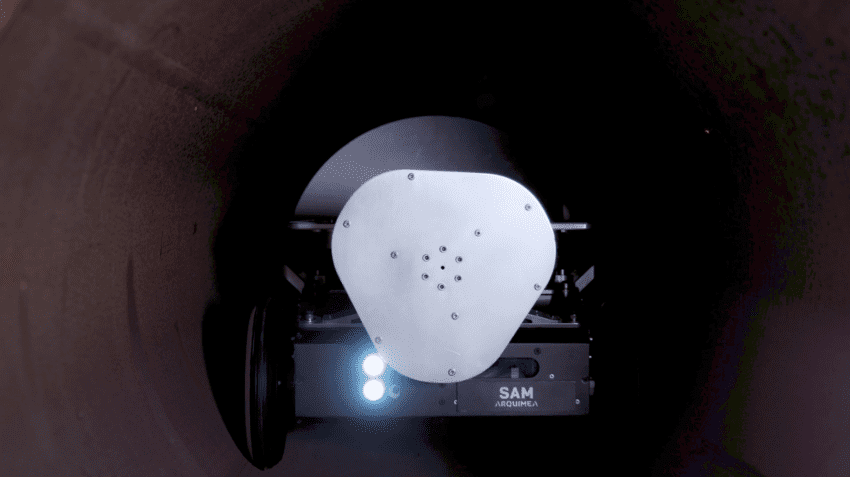