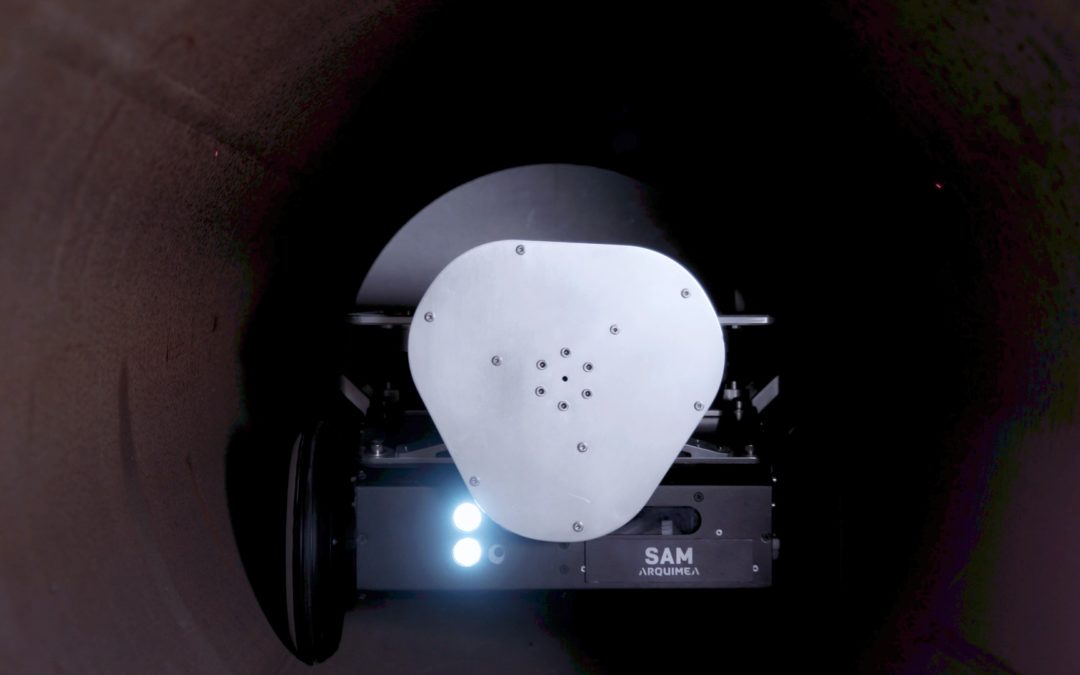 The development is part of the Cigéo project (Industrial Centre for Geological Disposal), led by the French National Agency Radioactive Waste Management (ANDRA).

ARQUIMEA has delivered the SAM robot, which analyzes the state of the disposal cells intended for the deep geological repository of nuclear waste of high activity, allowing allowing the monitoring of their evolution over time.

SAM will operate inside straight horizontal disposal cells, with an internal diameter of 660 millimeters and lengths of up to 150 meters. It is possible to adjust its speed to the ground state and maintain its inclination with respect to the axis of the sounding. It contains three high precision laser sensors, installed on a mobile platform perpendicular to the axis of the cell capable of rotating 360°. In addition to evaluating deformation and detecting defects, it also has sensors for measuring humidity, temperature and pressure, lighting LEDs and on-board video camera.

SAM has an interface control to program the sequence of operations at each point of the cell and with Ethernet communications to monitor and transmit the data obtained in real time. The robot can also be operated manually using a joystick.

The main objective of Cigéo project is the construction of a deep geological disposal facility for radioactive waste. It will serve for disposal of highly radioactive long-lived waste produced by France’s current fleet of nuclear facilities, until they are dismantled, as well as from reprocessing of spent fuel from nuclear power plants

The development of SAM by ARQUIMEA will allow to take measurements from any section of the disposal cell, replacing the use of fixed sensors, and will prevent the personnel that operate in these environments from entering the cells. In addition to reducing the risk induced by these processes, it implies a saving of resources and a significant increase in work efficiency.